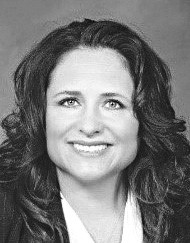 ANNE ELIZABETH LAWTER was an extremely caring and giving mother, daughter, sister, and friend. She left this world and has ascended into Heaven on June 22 leaving behind her father Gene Lawter, her mother, Kathryn Lawter, her two daughters, Katherine (Kate) and Elizabeth (Ellie) Faglie, brother, John Lawter, sister-in-law, Jennifer Lawter, and her dear friends and legal guardian for girls, Laurie Rouse and Jack Seman.

Anne was born to Gene and Kathryn Lawter on June 12, 1968. She grew up as a small town girl on a farm with her parents in Columbiaville, where her parents still live today. She graduated from Lake Ville High School and went on to chase her dreams attending University of Michigan to obtain a Bachelor of Science degree. Her college career did not stop there as she continued on to Thomas M. Cooley Law School where she received her law degree proudly making the Dean’s List. Additional notable accomplishments while at Cooley, she received book awards for Family Law, State Constitutional Law, and the Distinguished Student Award. 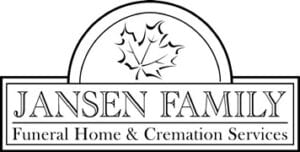 In 1998, she started her career with the Kitch Law firm in Detroit where she was mentored by her trusted advisor, Tony Arnone who was extremely instrumental in launching her legal career into a thriving role as lead trial counsel defending hospitals, physicians, and other providers in malpractice, general liability, and commercial matters for almost 20 years.

In 2015, she shifted her focus and took on a new career path with Ringler Associates where she managed structured legal settlements for her clients including all aspects of case resolution and financial planning. Her business partner, Greg Pollex welcomed her into his company and together they became an incredible team. Greg and Anne were recognized as the top producers of the year and were ranked the number one office in the entire country in 2019.

Among Anne’s many accolades, she was a member of the Michigan State Board of Veterinary Medicine and its Disciplinary Subcommittee. She was the first female president at the Cooley Student Bar Association and was responsible for implementing the school’s first clinical externship program by developing and cultivating a network of over 180 clinical placement opportunities for Cooley Law School students. She served as a United States Equestrian Judge all over the country for over 30 years and was an approved Michigan 4-H horse judge. Anne always had a passion for horses from the time she started riding at 5 years of age. As an adult she found her role in judging horse competitions extremely therapeutic and truly invested her time into her passion.

Starting in 2008 to the present, Anne served as an adjunct professor in Auburn Hills, Mi where she taught an advanced torts course focusing on law and regulation encompassing Medical Malpractice litigation and other complex personal injury matters.

Anne, was truly a “master” of multi-tasking, constantly giving her time to others and always focusing on making a difference to help someone in need. Above all of her many talents she was most notably admired as an extremely dedicated single mother who devoted her life to making her daughter’s lives as abundantly fulfilling as possible. She invested countless hours taking Kate to horse shows and Ellie to highland dance competitions. Kate won many blue ribbons and championships while on the Rochester Equestrian team and many open shows all over Michigan. Kate just graduated with honors w/ a 4.25 gpa from Rochester High School and has received a Presidential Scholarship to Albion College in the fall. Ellie won several first place championships at Highland dance competitions all over the USA, Canada, and even traveling to the world competition in Scotland. Ellie will be starting her first year of high school as a freshman in the fall. Family vacations were an annual event treating her parents and her daughters to various destinations throughout the US, Canada, and Scotland. Anne loved to entertain, especially at the holidays creating delicious meals for her family and friends. She made an amazing cheesecake (that was her favorite dessert) that many looked forward to time after time. On her final day after months of being on a feeding tube, she indulged in her final piece of cheesecake. She was a devoted member of her church, Kirk in the Hills, where both of her girls were proudly involved with the girls choir.

Anne was diagnosed in August 2019 with stage 4 pancreatic cancer. She put forth a tremendously brave fight for almost two years smiling her way through a terminal disease like no other… all the way to the end. Anne will be remembered for her true beauty both inside and out, her amazing intellect, incredible wit and charm, uncanny ability to fix anything, extreme generosity, and she was fiercely loyal to those she loved. Anne surrounded herself with a wonderful support system and she will be forever remembered and cherished by her family and friends.

If you would like to join in the celebration of Anne’s life, the funeral service is scheduled for visitation at 9:30 a.m. followed by a full memorial service starting at 11 a.m. on July 8, 2021 at the Kirk in the Hills Presbyterian Church located at 1340 W Long Lake Rd, Bloomfield Hills, Mi., 48302.

In lieu of flowers, please contact Laurie Rouse at 248 330-9878 if you would be interested in donating to Kate and Ellie’s college funds or you may donate to the New Day Foundation for families fighting cancer. www.foundationforfamilies.org/ donate-now/.